History of the Marshall Public Library

What is more important in a library than anything else--than everything else--is the fact that it exists.

In 1904, as the Marshall Library Association, it obtained a 50-year state charter governing its operation. That private library served the white community for 69 years. During this period, the African American community was served by the Carnegie Library at Wiley College.

Marshall, in 1969, was the largest city in Texas without a public library. Recognizing the need for modern facilities, a group of concerned citizens, through the Culture and Education Committee of the Marshall Chamber of Commerce, initiated efforts to provide them. By August, the Friends of a Public Library was formed as the first step toward that goal.

The next step was taken by the City of Marshall. Encouraged by the Friends, the City Commission in December 1969 created, by ordinance, the Marshall Public Library as the newest department of City government. Ten thousand dollars was budgeted for operational expenses and a library Board of Trustees was appointed to aid in establishing and administering a public library. 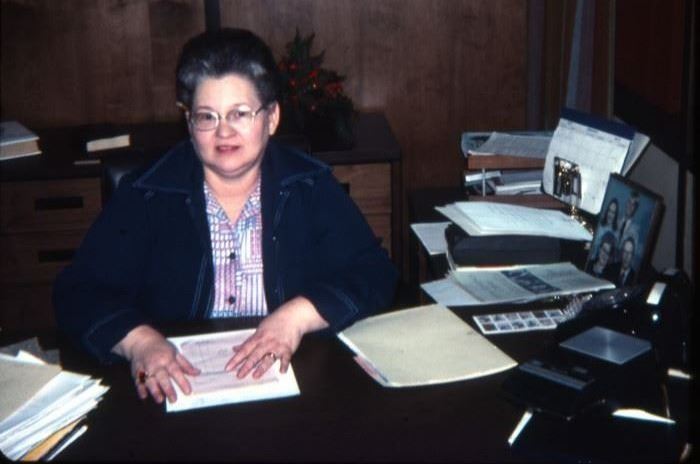 r 1, 1970, office space at 112 E Austin became the library’s first temporary accommodation, with Mrs. Frank Morrison, Jr., its appointed director. As more people sought out the services offered there, the Harrison County Commissioner’s Court felt a responsibility to help support the library and budgeted funds toward its expenses. Donations of books, equipment and volunteered service came from citizens and businesses.

In the spring of 1971, directors of the Andrew Norman Foundation heard of the efforts being made to offer complete library service to the area. After careful investigation, they offered to help the Friends secure a new home on a matching funds basis. The first advance of $40,000 went to purchase the lot at 300 S Alamo as part of the total $150,000 to be matched within two years by local monies and pledges.

The challenge was met under the leadership of the Friends and the Board of Trustees and on February 1, 1972, the Library Fund Drive began. Citizens, businesses, and civic organizations responded enthusiastically with contributions and three-year pledges of donations. Additional grants came from the Hoblitzelle, Moody and Alcoa Foundations, as well as a bequest from the estate of Mrs. Emma Louise Walker.

The Marshall Library Association donated its Women’s Building, books, and property on W Austin to the City of Marshall to be merged with the Marshall Public Library. The library moved into its second home there with increased patronage, resources, and staff.

As the drive progressed, the Building Committee conducted an investigation of libraries in other cities. After careful planning and designing, a $500,000 facility was proposed. It qualified under the Library Services and Construction Act to receive a grant of $75,000 toward construction costs. Later it was named as "Library Project of the Year" by the Texas State Library.

Within a year, the two-year challenge had been met and surpassed. On December 6, 1972, groundbreaking ceremonies were held and construction began. In less than five years from its inception, the Marshall Public Library opened its doors to the citizens of Marshall and Harrison County.