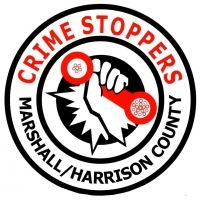 All Crime Stoppers Tips are completely anonymous. In an effort to keep up with technology, those wishing to submit a tip to Crime Stoppers can do so in a variety of ways; call Marshall/Harrison County Crime Stoppers at 903-935-9969, submit an anonymous tip via the Crime Stoppers Facebook page or via the P3 app.

Crime Stoppers was the brainchild of a young Albuquerque detective who was concerned by the number of unsolved cases he and fellow detectives were working and was particularly frustrated that all possible leads had been exhausted regarding the murder of a young college student. He felt information that would solve the crime was available from someone other than the criminal. That principal led to the major factors that needed to be addressed so individuals would come forward.

Members of the local community, media, and law enforcement, came together in partnership to begin the effort to provide crime-solving assistance to law enforcement, and the first Crime Stoppers program was born on September 8, 1976.

A cash reward was offered to individuals that provided anonymous tips to Crime Stoppers with information that would lead to the arrest of the person(s) responsible for the crime. The local media publicized the first "Crime of the Week" and the phone number to call with the information. A call received by the program resulted in the arrest of three men, within 72 hours, who had been involved in the homicide of the young college student that had occurred 4 months earlier.

Today, community and student Crime Stoppers programs reach around the world and are represented by the:

The Crime Stoppers program has enjoyed great success with the information received which has led to the arrest and indictment of those responsible for committing felony offenses, boasting an average conviction rate of approximately 95% on cases solved by a tip to the program.

Crime Stoppers is a partnership between the Community, the Media, and Law Enforcement.